Last weekend, EA Sports and ESPN ended the Madden 15 cover contest.  The contest used a “round robin” format to pit one NFL star against another with the fan vote determining who would move on in the tournament.  Lasting for a number of weeks, the contest on SportsNation drew over 9,600,000 votes and, in the final round, Richard Sherman totaled over 600,000 votes.  With his fan-fueled victory, Richard will now grace the cover of the 2015 EA Sports NFL game.  Why should this be of interest to you as a social marketer?  Because it demonstrates an alternative to traditional social network based Engagement Marketing.  It is a great example of Social IMC.  A strategy which builds measurable relationships with high value markets. 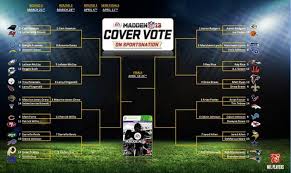 Consider what EA Sports and ESPN [Sports Nation] did.  They needed to select a single player for their yearly updated NFL game.  Their highest value markets are football sports fanatics.  These individuals have very definite opinions on players and teams…and they are vocal about their opinions.  Rather than just select a player, EA Sports did the following:

What happened?  They responded by the millions.  EA Sports created a socially exciting, win-win situation between the company and the individuals who will play their 2015 game.  Strategically, they empowered their target market to do something they deeply care about – vote & discuss their favorite players.  In return, the company got what it wanted – broad awareness of the EA Sports brand and their new release of their NFL 2015 game.  All for a fraction of the cost using traditional marketing strategies would have incurred.

This is the goal of the Social IMC strategy.  Use social monitoring and primary research to determine the mission a high value market “is on” and determine the virtual communities they are using to engage about their mission.  Then create an empowerment program to significantly help them achieve their mission goal[s].  Finally, create a private or monitored website where the engagement could happen and gamify the results to keep them coming back.  EA Sports did all of these steps and, as a result, created a Social IMC program that highly impacted their highest value customers and prospects.

From this example of Social IMC, here are three action items you must implement when developing your own social marketing programs:

Today, social is much more than engaging people on social networking sites like Facebook, Google+ and LinkedIn.  It is deeply understanding the markets of highest value to your organization and then crafting Social IMC strategies designed to embrace and help them achieve their goals, then position your products and services to form a natural relationship.  EA Sports didn’t have to sell their game, the contest did it for them in the communities they valued the highest.  You need to develop Social IMC strategies to engage and empower your company’s highest value markets.

Be sure to sign up to receive emails for my blog posts! 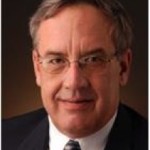 Randy Hlavac teaches graduate and undergraduate social & mobile marketing at Northwestern University.  His new book – Social IMC – Social Strategies with Bottom-line ROI” shows you how to create social programs to build 1-to-1 relationships with your high value markets.  Randy was recently published in Forbes Magazine.  Randy can be reached at RHlavac@SocialIMC.com or on Twitter @RandyHlavac